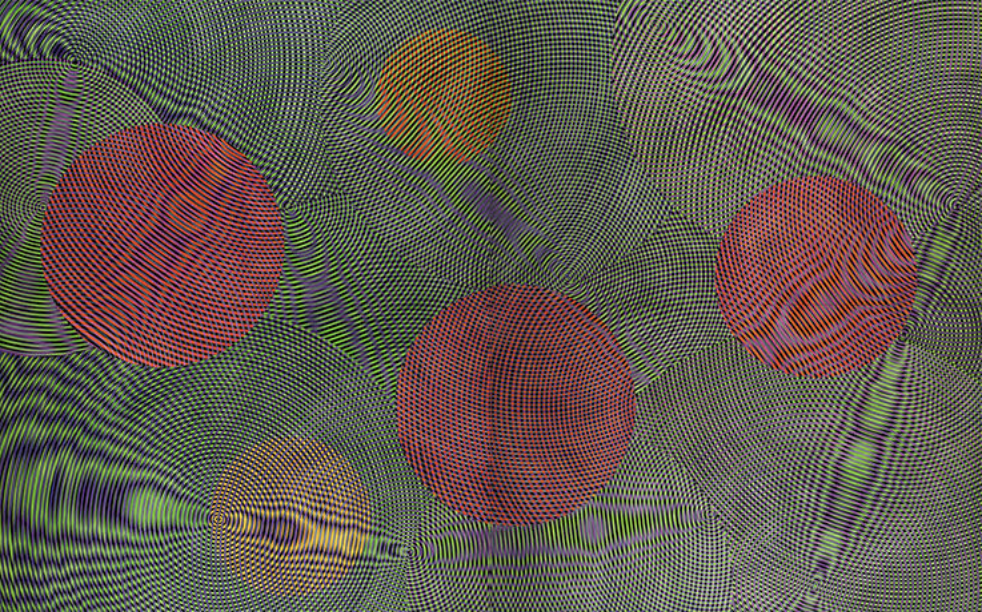 In the Sonic Network series, I use a set of mathematical intervals, to compose the  paintings, these are relative to a symmetrical grid on each of the four canvases. The intention is to create imagery where there is no starting or finishing point, capturing a fragment of infinity.in this regard Aslanidis work has a strong correlation  with emergence theory,were complex patterns emerge out of simple interactions . This systematic and interdisciplinary approach has a strong correlation with music,  mathematics and science. The vibration created by the kinetic resonance of the sonic network series occupies  a sensory dimension, which exists between sound and vision. Conceptually, I am not trying to illustrate sound but, rather, give a visual expression  to its physicality. my concern is with the physical reaction the viewer has to my  paintings. A perceptual approach with conceptual underpinnings. John Aslanidis 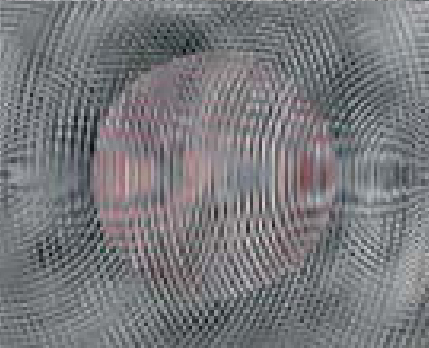 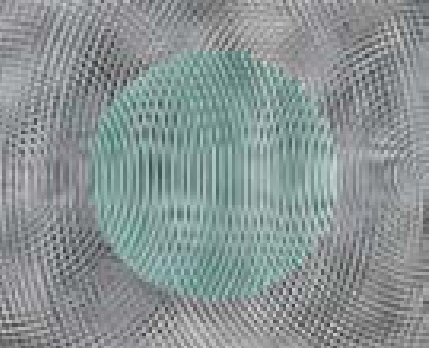 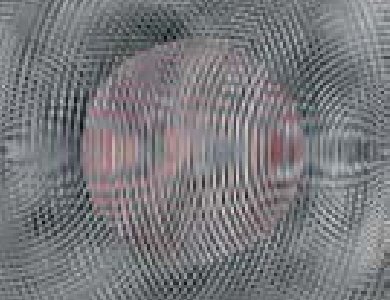 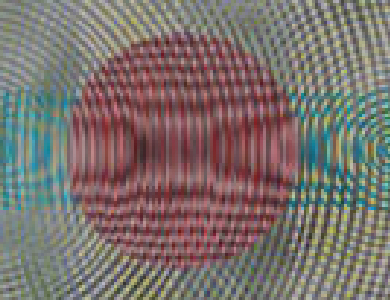