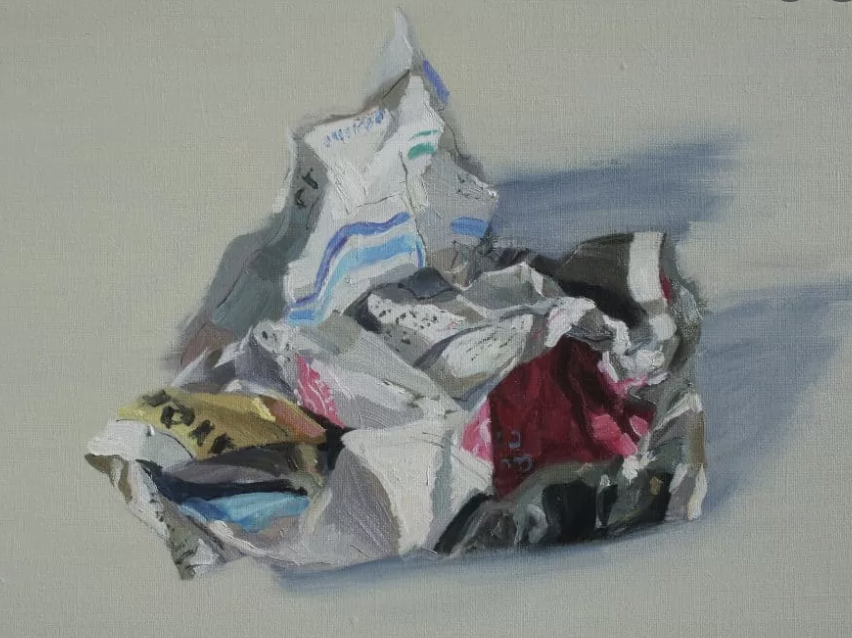 Du was born in China in 1963. He received a Bachelor of Fine Art from Shan Dong University and went on to teach at Jinan Craft Arts School and Shan Dong Arts Academy for 18 years before moving to Australia in 2003. In 2009, Du completed a Master of Fine Art at Monash University.

This series is originated from the first attempt in 2004 to specialize in wrinkled newspapers. It was discovered by chance that the old newspapers discarded under the feet used to wipe the oil brushes conveyed in addition to the abstract picture feeling and colour expression. There is also an unspeakable mysterious power, occluded words, misplaced sentences, and ambiguous hints.The newspaper series uses the effect of light to emphasise the form and strength of colour.Distortion, folding and the suddenness collisions of juxtaposed lines and texts of the newspaper present an ambiguous language – it is unpredictable, and, faint. The image presents an ominous, intense yet inexplicable feeling, which also brings visual impact and beauty.Born 1963, China.Lives in Melbourne, Australia. Master of Fine Art, Monash University. 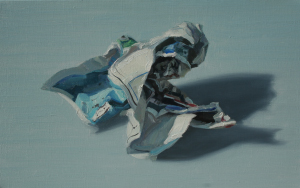 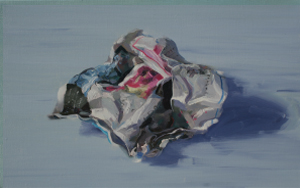 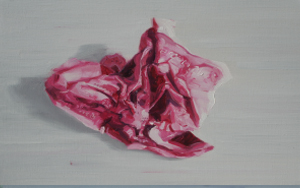 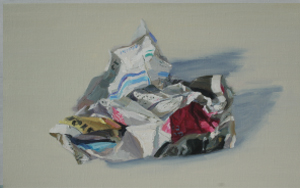